What is radioactive fallout?

Most times we come across the phrase “radioactive fallout” in old articles written to educate the society on nuclear bombs and their various applications. Irrespective of the number of published articles regarding this field, little or no attention given to the nature of radiation emitted.

In our previous article, I gave an insight into the various adverse effects associated with the nuclear explosion.

However, the presence of radioactive material is yet another attribute associated with a nuclear blast.

Radioactivity is cooked up by the blast and the emanate fallout. 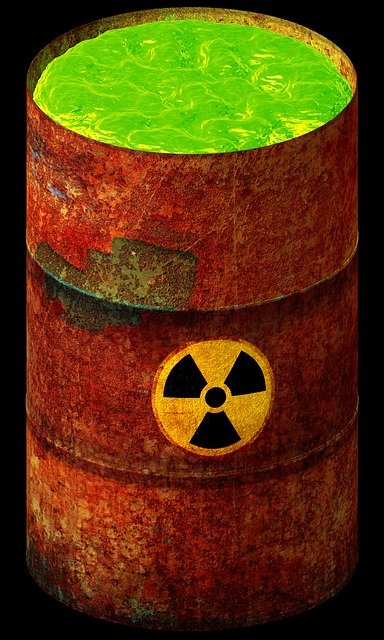 How does this radioactive fallout manifest?

Radioactive fallout is experienced when a significant amount of various active radioactive particles are catapulted into the atmosphere during a nuclear blast.

The availability of severe energy emitted by persistent nuclear reactions creates a massive amount of forces needed to transport radioactive materials down to the lower section of the earth crust.

As soon as these radioactive materials get to their optimum height, their particles fall back to earth. This is known as “Nuclear rain” and is most often described as darkened radioactive water pouring on Earth after a nuclear blast.

What should you know about radioactive fallout?

1. Fallout Spreads and Contaminates the Earth –Radioactivity is efficiently transmitted to metals, soil, air and the surrounding environs once a nuclear bomb goes off.

For instance, if a 20-megaton nuclear bomb goes off at ground level, a considerable amount of the surrounding earth will be thrown up and rendered radioactive. A gigantic depression will also be left on the surface through the materials will be thrown into the atmosphere.

2. Radioactive Fallout is harsher than Nuclear Shockwaves and Heat Blasts – Atomic bombs and weapons wouldn’t be as dreadful as it is if they weren’t radioactive. Hundreds and thousands of TNT are preferred to a 5-megaton nuclear bomb.

You’d probably be wondering why made such statement, well this is because TNT does not carry any radioactive element with it despite the fact that it also destroys buildings and claims lives. Atomic weapons on the alternative make sure there is complete destruction at all levels.

The greenhouse effect and shockwave generated by atomic explosions destroy structures as well as people living with some 30 to 50 miles away from the explosion. Radioactive emission can adversely wreck and cause harm to the human populations even within a seven thousand square mile of the explosion site.

3. Duration of time determines the habitability of affected areas
Following the remaining few days of an atomic explosion, the radioactive constituents in the neighboring environment of the explosion will rapidly fall apart. This naturally occurring disintegration is known as “nuclear decay.”

A building that is exposed to radioactive fallout will have a contaminated strength of 0.1% after about two weeks of exposure.

Despite that, nuclear experts would still have to ensure the structure is safe for human habitation by thoroughly examining the house.

How can you shield yourself from an atomic outburst and the preceding fallout?

If there is a nuclear explosion, staying out in the open isn’t the best option. Instead, the best way to fortify against a nuclear outbreak is by creating a shelter at the lowest part of your home, usually the basement.

Here are the most important steps on how to create a nuclear blast shelter:

1. Location Matters –When picking a location for your basement, select an area pretty far from windows and doors. This is will create adequate distance between the blast and you thereby keeping you secured and healthy.

2. Extemporize & Secure – The improvised shelter should be secured and fortified with heavy and strong furniture to protect yourself from heat, shockwaves, radiation, and other fallout associated with a nuclear blast.

You can as well make use of properly packed snow, and any other useful item you can find around your environment to absorb all the energy generated by an atomic explosion.

3. Block Openings and Take Shelter – In instances where you have ample time, ensure you barricade all doors and windows that link directly outside. These extra barricades will add as an additional absorbent to the elements emitted by the explosion and will also lower any direct damage to your home.

4. Cushion Any Room Used as Shelter –In situations whereby your house has no basement, move into the centermost part of your home and ensure you cover the walls with all you can find.

link to How to Find Shelter in the Wilderness

Benefits of dressing and bandaging wounds A wound is a kind of injury that occurs quickly in which the victim’s skin is cut, torn, or punctured and increases the victim’s risk of contracting...